Justine, or The Misfortunes of Virtue  is a 1791 novel by Donatien Alphonse François de Sade, better known as the Marquis de Sade. Justine is set just before the French Revolution in France and tells the story of a young girl who goes under the name of Thérèse. Her story is recounted to Madame de Lorsagne while defending herself for her crimes, en route to punishment and death. She explains the series of misfortunes that led to her present situation.

Justine (original French title: Les infortunes de la vertu) was an early work by the Marquis de Sade, written in two weeks in 1787 while imprisoned in the Bastille. It is a novella (187 pages) with relatively little of the obscenity that characterised his later writing, as it was written in the classical style (which was fashionable at the time), with much verbose and metaphorical description.

A much extended and more graphic version, entitled Justine ou Les Malheurs de la vertu (1791) (English title: Justine, or The Misfortunes of the Virtue or simply Justine), was the first of de Sade’s books published.

A further extended version, La Nouvelle Justine ou Les Malheurs de la vertu (The New Justine), was published in the Netherlands in 1797. This final version, La Nouvelle Justine, departed from the first-person narrative of the previous two versions, and included around 100 engravings. It was accompanied by a continuation, Juliette, about Justine’s sister. The two together formed 10 volumes of nearly 4000 pages in total; publication was completed in 1801.

Napoleon Bonaparte ordered the arrest of the anonymous author of Justine and Juliette, and as a result de Sade was incarcerated for the last 13 years of his life. The book’s destruction was ordered by the Cour Royale de Paris on May 19, 1815.

The plot concerns Justine, a 12-year-old maiden (“As for Justine, aged as we have remarked, twelve”) who sets off to make her way in France. It follows her until age 26 in her quest for virtue. She is presented with sexual lessons, hidden under a virtuous mask. The unfortunate situations include: the time when she seeks refuge and confession in a monastery, but is forced to become a sex slave to the monks, who subject her to countless orgies, rapes and similar rigours and the time when, helping a gentleman who is robbed in a field, he takes her back to his chateau with promises of a post caring for his wife, but she is then confined in a cave and subject to much the same punishment. These punishments are mostly the same throughout, even when she goes to a judge to beg for mercy in her case as an arsonist and then finds herself openly humiliated in court, unable to defend herself.

These are described in true Sadean form. However, unlike some of his other works, the novel is not just a catalogue of sadism.

Justine (Thérèse (or Sophie in the first version)) and Juliette were the daughters of Monsieur de Bertole. Bertole was a widower banker who fell in love with another man’s lover. The man, Monsieur de Noirseuil, in the interest of revenge, pretended to be his friend, made sure he became bankrupt and eventually poisoned him, leaving the girls orphans. Juliette and Justine lived in a nunnery, where the abbess of the nunnery corrupted Juliette (and attempted to corrupt Justine too). However, Justine was sweet and virtuous. When the abbess found out about Bertole’s death, she threw both girls out. Juliette’s story is told in another book and Justine continues on in pursuit of virtue, beginning from becoming a maid in the house of the usurer Harpin, which is where her troubles begin anew.

In her search for work and shelter Justine constantly fell into the hands of rogues who would ravish and torture her and the people she makes friends with. Justine was falsely accused of theft by Harpin and sent to jail expecting execution. She had to ally herself with a Miss Dubois, a criminal who helped her to escape along with her band. To escape, Miss Dubois arranged a fire to break out in the prison, in which 21 people died. After escaping the band of Dubois, Justine wanders off and accidentally trespasses upon the lands of the count of Bressac.

The story is told by “Thérèse” (“Sophie” in the first version) in an inn, to Madame de Lorsagne. It is finally revealed that Madame de Lorsagne is her long-lost sister. The irony is that her sister submitted to a brief period of vice and found herself a comfortable existence where she could exercise good, while Justine refused to make concessions for the greater good and was plunged further into vice than those who would go willingly.

The story ends with Madame de Lorsagne relieving her from a life of vice and clearing her name. Soon afterward, Justine becomes introverted and morose and is finally struck by a bolt of lightning and killed instantly. Madame de Lorsagne joins a religious order after Justine’s death.

The libertines derive as much satisfaction from defeating their opponents intellectually as they do from subduing and abusing them physically, while the victims themselves (and Justine offers the best example of this) rise admirably to the challenge with equally forceful and reasoned replies.

James Fowler writes that “her piety offers her the most intense pleasure she can experience in life” and describes her responses to the libertine Marquis de Bressac as “pious hedonism”.

I think that if there were a God, there would be less evil on this earth. I believe that if evil exists here below, then either it was willed by God or it was beyond His powers to prevent it. Now I cannot bring myself to fear a God who is either spiteful or weak. I defy Him without fear and care not a fig for his thunderbolts.

“Lust, was her first and last heed
in her was found like a planted seed
its fruit was passion for virgins to bleed
forward she marched with a sinful breed

the more she grew, wilder she became
a beast dressed in charm impossible to tame
invaded societies, with her dark fame
drank liquid Satan from God’s cup of shame

A soundtrack gem “Justine by Bruno Nicolai” from the 1969 film “Justine”, based on the book by De Sade”. 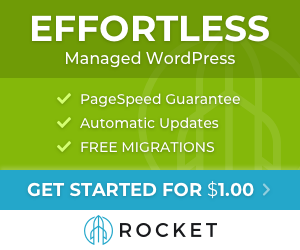 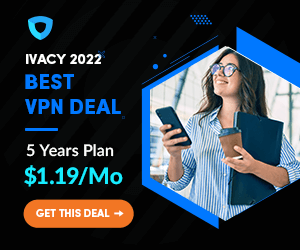 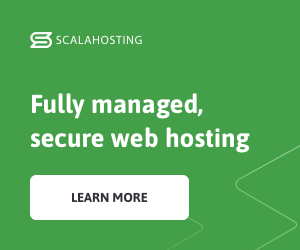